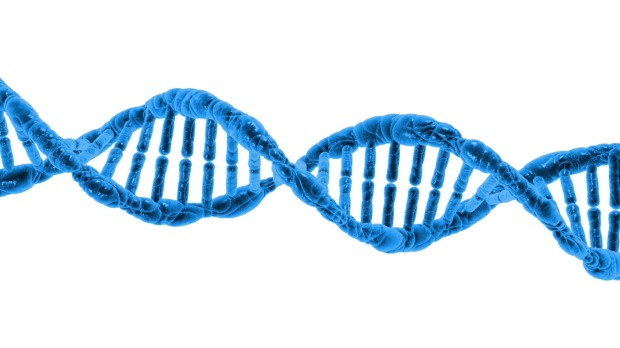 When Alvin was born, the doctor counted, “Ten toes, eleven fingers.” A unilateral preaxial polydactyly affecting the right thumb, the nurse was instructed to fill in on his birth certificate form.

Alvin’s father wanted to have the extra thumb removed. The doctor confirmed it could be done without damage to the nerves. His mother opposed. She felt blessed that Alvin was born healthy. For any surface imperfections, they would battle negative discrimination together.

At home, Alvin felt none of the sting that came with being a human anomaly. His parents and elder sister showered him with all the love that was due a child. As he grew older, however, he started noticing disparities in the attention he received from people outside his family. Once, at the grocer’s, a boy had pointed his finger at Alvin and shouted, “Freak!” over and over again until the boy’s mother intervened. Alvin was too young to understand what freak meant but his mom explained it meant superhuman.

Superhuman. That was the word Alvin’s mom always used to explain away any prejudice measured at him. Though it did not keep him from noticing when the school sent his sister home for fighting with her classmates. His sister had whispered to their parents that she only fought because the other kids made fun of his thumb, but Alvin heard her anyway. By then he had come to ascertain there was something gravely wrong with his right hand. Yet when he approached his parents where they stood huddled with his sister to ask why the kids insisted on making fun of his thumb, his mother had confidently claimed it was because his thumb gave him superpowers and people always feared what they did not understand.

For awhile, Alvin believed he truly had superhuman abilities. He assumed it was still dormant and would be activated when the time was right. He waited and waited for that time to come. He did not mind waiting even though it meant he was not yet ready to go out and play with the neighborhood children without being bullied but he hoped he received his power before school started. Of course, it did not.

School was the worst. Even though he had used all his spare time and energy from self-imposed isolation to accumulate knowledge and skills in a myriad of subjects and activities, the resultant superiority of mental and physical abilities failed to deter focus from his extra thumb. In fact, it contributed to further alienate him from his peers. He was the kid who had a funny looking thumb and talked weird and somehow always managed to make the basket no matter where he stood. He was a show-off.

“It’s called a supernumerary digit,” he once tried to explain to his third-grade class during show and tell. He had already read up extensively about his rarity. “That makes me polydactyl. I have sensation in it but because there is no joint attaching it to the rest of my bones, I can’t move it on its own. See?”

He had proceeded to show the class how he could not move his extra thumb. His classmates had laughed and laughed at him and nothing their teacher said could stop them. Alvin couldn’t blame them. How do you prove your thumb did not move on its own, that you were not holding it stiff on purpose? At least he had not yet learned to do so. But in a last attempt to earn some respect, he made another similar mistake.

“My thumb gives me superpowers” he shouted out his secret over the din.

The class only laughed harder. Because how did you prove you had superpowers that you had not yet received? Humiliated beyond repair, he had escaped to the boys’ room to cry with his only friend – solitude. His teacher and principal came to visit him where he locked had himself into a stall but he would not be consoled. Finally, his parents were notified and they came to pick him up.

Again, his mom explained that his classmates laughed because he was superhuman. Alvin railed that it was a lie, he did not have any superpower. Who would dare laugh at a superhuman? His mom rallied that they laughed because it was the only tool they could use to fight their fear, fear that he would one day surpass them all with his talents. How else did he explain that he knew every medical detail on polydactyly? Did any of his classmates know them?

Did his teacher know about them before the show and tell?

See? He knew because he had superpowers. Superpowers were not just granted to a person because they were born with an extra thumb, the person had to earn it. So Alvin needed to keep working hard at learning all the cool things he did. And one day, his superpower will shine through.

Alvin still was not convinced but his resolve to feel that he had been dealt unfairly by fate weakened.

Besides, his mom insisted, he had a supernumerary digit and the word had “super” in it. That must count for something, pun intended.

That was a ridiculous logic.

It was still pretty “super”.

And so Alvin accepted his mom’s words in good faith and began developing his superpowers. He found out he really enjoyed learning so he learned many different subjects. Early exposure to such varied topics had also stimulated his brain to easily apply or motor reproduce any knowledge or skill he tried to adopt. He eventually had to be transferred to a specialized school for children with higher cognitive capacities like him. There, he even found a few good friends to build his interpersonal skills outside the comfort of his family.

Oh, he was still bullied by some. As an adult, his efforts to woo women by playing the guitar or piano failed twice as many times as they passed. His friends thought it was an odd choice for a man with polydactyly to flourish his hand over musical instruments to pick up dates, but Alvin felt it was better to reveal his most prominent trait early in the courtship. It helped to measure romantic suitability.

His own romantic suitability improved greatly when his company was enlisted in the Fortune 500. At the age of only 28 years, his company managed to supply multiple types of medical equipment nationwide to help patients combat muscle or joint deficiencies that caused immobility, whether induced or hereditary.

Though his success was not the reason why his wife fell in love with him. His wife loved him, she informed one day, because of his perseverance.

So it turned out his mom was right. His eleventh finger did give make him superhuman.

This entry was posted on January 26, 2017, 9:30 am and is filed under My Fictions. You can follow any responses to this entry through RSS 2.0. You can leave a response, or trackback from your own site.