Posted by lupa08 in The Unclassified Section on November 6, 2017 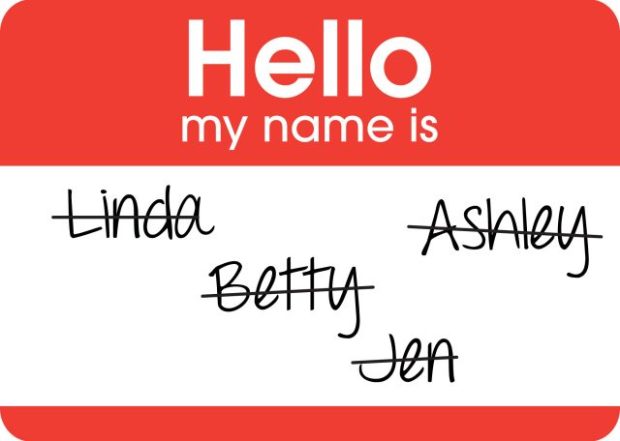 Naming characters is one of my favorite activities in the fiction writing process. There are so many beautiful names out there, entrenched in the regions from whence they originate, the time in which they were first derived, the meaning hoped the bearer would inculcate – as a storyteller, I feel as though we are blessed with the opportunity to use so many of them. Without having to really populate the earth with our progeny, of course. 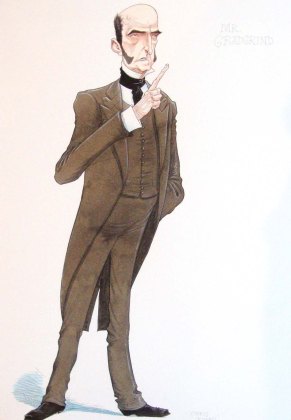 But naming characters requires some thought. Once our story is published, we’re stuck with them, so choosing names should be done wisely. And it’s not only the main characters that require such deliberate consideration. Think Mr. Thomas Gradgrind in Charles Dickens’s Hard Times. Though not quite the minor character, he was no protagonist either; but his name was selected precisely for its phonetic traits, which were meant to be attributed to the role he plays in the plot. Mr. Gradgrind was a middle-class businessman and later MP, but more importantly, he was the head of an educational system that only ever dealt in facts and had no patience for the human frailties known as emotions. He ground the rules and morality into the students and he graded them on their ability to churn out factual statements. Anything more or less was unacceptable, even among his own children. The reason we cannot fully hate him, even though we are wary of his methods and can immediately sense the ominous results they portend, is because he genuinely believes his methods are there for the benefits of his charges. Such is the tragedy of the man Gradgrind and his name squarely sets that tone among Dickens’s audience from the very first paragraph of this iconic novel.

Now, I do not consider myself anywhere as accomplished as Dickens or Shakespeare in choosing character names but there are some great directions I rely on. I thought I’d share them with you this week:

Time Period. Not so much as the period in which the story is set, but rather when the character in question was born. Certain names come into vogue in certain eras and this is a good clue to keep in mind when putting the backstory together for the character.

Locality. Another important factor in making the character feel real is giving them a name popular in the region where they hail from. This obviously may be the place where they were born but another avenue one can take is naming the character after the place of their ancestors. One of the things I truly appreciate in the stories written by today’s authors is how diverse their characters are starting to emerge as, rightfully reflecting the globalized communities of our real-time world. If the author wishes to enhance on that, they can easily factor in the character’s ancestral region as source of their name.

Parents. To reflect upon the riddle from The Conjuring 2,

I am given and I am taken.
I was there at you first breath,
But you did not ask for me.
But I will follow you till your death.”

Genre. We can just as easily rely upon the fictional realm in which the characters exist. Depending on the theme of the story, we can name the characters to symbolize the story’s distinctive features, e.g. a whacked up title like Lord Voldemort for an evil wizard bent on being unique and reigning over magic and non-magic folks alike. Obviously, Adolf Hitler was taken.

Root Meanings. Or we may name the characters the way parents often name their children in real life – to attribute certain qualities upon the bearer of the name. I always found it curious that Emily Deschanel’s character Temperance from the popular TV series Bones should have been named thus by her outlawed parents. Perhaps they wished for her to have a more moderate lifestyle than they experienced. In any case, Temperance Brennen certainly did grow up to demonstrate restraint in all things emotional, which allows her to so objectively and pragmatically view the world around her. However, we can get more creative with this where, instead of simply picking qualities for names, we name characters after roots of the characteristics we hope for, e.g. naming a very pious woman “Lisa” (meaning Devoted to God). There are a great many websites dedicated to relating the roots and meanings of each name. I started off with behindthename.com but trendier sites have cropped up since.

Alliterative Names. I love alliterating when writing. I know it is almost taboo in the author craft management community (unless specifically used as humor, of course) but there you have it – it is one of my writing vices. But you know where alliteration is perfectly acceptable? Names. Daniel Deronda, Peter Parker, Severus Snape, Bugs Bunny, Steve Stifler… Regardless of genre or medium, history is full of famous fictional characters with alliterative initials for their names.

Pronunciation. Speaking of alliteration, it does make for some tongue-twisting prowess to make them roll off the tongue. A character’s name should ideally be easy to pronounce without needing an instruction manual from the author. However, sometimes authors like to throw us off on purpose to add mystery to the characters, e.g. in Jane Eyre, until the titular character tells her young student Adele her name and Adele repeats after her, who – other than people from old England – could have guessed Eyre to be pronounced “Aire”? I always thought it looked more like “ire” myself (but that might be due to my personal rather-abrasive feelings towards the author). Or the fact that my brother still protests, “What the hell kind of name is Her-my-oh-knee? It’s supposed to be Her-me-own!” Well, take it to the Greek. While Brontë and Rowling could get away with it, not all of we possess the genius to follow suit and survive.

Name Generators. If the above guidelines are of no help to finding you the perfect name, chuck ’em and just generate a name online such as with fantasynamegenerators.com. This particular website, really a cure-all for me, has a solution for all sorts of permutation-combination of names according to genre, region, pop culture, and whatnot. Also, sometimes it’s just fun to click around to see what the site spews up.

A FINAL WORD OF CAUTION

The idea of coming up with names for your characters is to make them sound realistic (unless you are deliberately aiming for exotic) that is in keeping with the theme and setting of the story. However, at the same time, one needs to cross-check that the characters’ names do not echo in the real world, i.e. to avoid at the best of one’s ability to have a real-life person come back and say you stole their name for your character. Remember: in fiction, murderers have no middle names. It is a trick of the trade to leave out the middle name to avoid accidentally matching your character names with real people. The good news is that while editing, you still have the opportunity to change the names of your characters as many times as you like – only also remember to change the name EVERYWHERE that it appears in the manuscript.

Once you have named your characters, for the sake of skillfully managing them, try to keep the names consistent, which is, there should be a standard name by which the character is addressed unless there is a certain sect within the story which addresses the character with a variant or pet name, as well as dissimilar to other characters, i.e. try avoiding too many characters with names starting with the same initials, similarly sounding names, or names that rhyme with one another, etc.

But most importantly, have fun naming names!

[Now, for a personal message: This will be my last WRITING CHRONICLE post for the month of November as well as what I am assuming the first-half of December. I will be posting a blog for WEDNESDAY REFLECTION this week too but after that I’ll be out of commission until somewhere mid-December or however long it will take to recuperate from the surgery I will be undergoing next week. Not to worry! At this moment, the doctor says it is a precautionary measure and we will know more once the post-surgery tests are completed. Wish me luck because I hear it’s going to hurt like @#$% once the local anesthesia wears off!]