“Hi, Dad.” Andy stared into a pair of eyes identical to hers in more ways than just the shade of larkspur and hooded lids. They matched her discomfort too. “Can I come in?”

He shrugged and walked away from the open door to his condo. Andy walked into his Florida home for the first time, closing the door behind her as she tried to rein in her curiosity. Driving up to the complex, walking through the grounds and lobby, riding up the designer scented elevator, she had been amazed by the glamor and upkeep of the property. The inside of her father’s apartment, however, suited more with his lifelong philosophy.

There was something called minimalism and then there was how Allen Tybalt lived.

Growing up with an austere man such as Allen had been challenging every step of the way. His job had their family moving a lot. Even though he was always away for on-site projects, Andy and her mother had to keep accompanying him to new cities every couple of years because Allen insisted that they live as a unit.

Allen had been a power plant engineer, the best in his field apparently. He earned a sack full of salary every month but never allowed Andy’s mother to decorate their myriad of residence as she wanted. Whenever her mother proposed the idea to buy something for their home, Allen would insist the venture unnecessary since they would have to move again anyway. That a family subjected to as many location transfers as theirs be unencumbered by possessions was perfectly logical so her mother never argued. Besides, few people won an argument with Allen.

It was just as well because Andy’s mother died in a road accident when Andy was just twelve years old so she doubted her mother would have gotten much time to enjoy a fully decorated home.

“You have a nice setup here, Dad,” Andy now said, looking around. “Suits you.” Actually, upon closer look, the furniture did appear to be very vogue even if sparse. “I’m not sure how easy it will be to pack the Zeng Fanzhi painting if you decide to move,” she added, staring at the article in question hanging over the long blue crushed velvet couch.

“I hide the money behind that. Besides, I won’t be needing it where I’m going next,” Allen grumbled.  END_OF_DOCUMENT_TOKEN_TO_BE_REPLACED

Over the past five years, more and more salt strands have been peeking out of my peppery tresses. I make a point not to hide my premature grays for two reasons: One, I truly do believe they are my wisdom highlights, and B, they help to ward off my archaic relatives’ not-so-subtle-hints on the long overdue marital status. I literally put in efforts toward getting too long in the tooth to become an on-the-shelf spinster. And just when I put my feet up and blow out that sigh of relief, believing that the years of danger have passed, someone ducks their head into our house and asks when am I going to settle down with a nice man. It’s like the record player is broken and plays the same tune over and over again regardless of which album is in the tray. Grr…

Enter That Old Dude. I have never met him before but, apparently, he is a distant cousin of Dad’s who was a big support during his college dorm days. This guy pays a visit yesterday evening (totally out of the blue), tells Mom he’s been hankering for some home cooked fish dish I never heard of (which Mom graciously obliges to prepare), and then presumes to give me a talk on how in his old age it’s a sincere wish to see grandchildren. Seriously, I never met the guy but he is of the mind that my kids (if I ever have any) will be his grandchildren.

I looked at Dad and he sort of shrunk away from my gaze. So I decided to take pity on the general male species for the day. I smiled and asked if the Old Dude did not have children of his own to place this request to. All politeness and murmurs, if you please. END_OF_DOCUMENT_TOKEN_TO_BE_REPLACED

Posted by lupa08 in The Unclassified Section on February 26, 2017 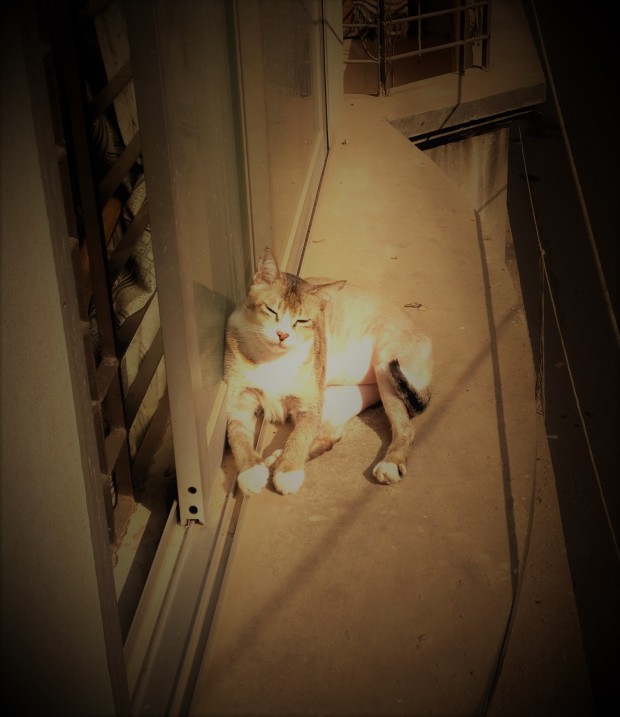 Mickey’s spirit was contagious. When he was alive, he would keep our entire household occupied with his antics. Throughout the day, our emotions ran the gamut with admiration, contentment, joy, surprise, vigilance, apprehension, exasperation, submission – all according to how Mickey was behaving at the moment. One thing we never became was bored. Even when he was resting, he would engage our attention by continuously swishing his tail. He had us enthralled.

But oh, boy! did he get into capers! One of the most common scenes in our home was him getting out the balcony or window, his body shimmying through the bars, his bottom jiggling with effort, while we rushed from all sides to grab him before he escaped. “Quick! He’s getting away!” was something every one of us said numerous times a week. He got away every time despite the practice he gave us. He loved the outdoors, our Mickey. And it wasn’t that we wanted to keep him locked in; Mickey just kept getting into scrapes with the neighborhood cats and returning hurt. Mickey was very trusting of others.

The most gullible yet empathetic feline I have ever had the privilege of making acquaintance.

Welcome to the Jungle (02 min read)

Posted by lupa08 in The Unclassified Section on February 16, 2017

That moment when you hear the front door open and then the clamorous laughter of that nosy aunt who’s always trying to get you married off to someone from her endless list of prized bachelors drifts your way. You crouch low with ears trained, wondering if your mother will reveal that you’re home – wondering if jumping off the balcony would be too drastic a measure of escape.

Oh no! Your mother has indeed disclosed your whereabout. As you hear the enemy approach, you realize that there’s no second route from your room to the nearest exit of the house. So you run to your brother’s empty room and wait. Hopefully, they won’t think to look for you here…  END_OF_DOCUMENT_TOKEN_TO_BE_REPLACED

Posted by lupa08 in The Unclassified Section on February 7, 2017

Andrea’s garden was by no means remarkable. In fact, it fell short of the standards when compared to the gardens cultivated by most of her neighbors. Gardening was the in-thing for the households of Lilac Lane. That there was a competition between the some of the families regarding who accomplished the most impressive botanical feat each spring was no secret. Some neighborhoods competed over the best Christmas decorations, some regarding the greenest grass on their lawns, some challenged each other over throwing the best BBQ shindigs; the people of Lilac Lane eyeballed each other over their gardens.  END_OF_DOCUMENT_TOKEN_TO_BE_REPLACED

Posted by lupa08 in The Unclassified Section on January 29, 2017 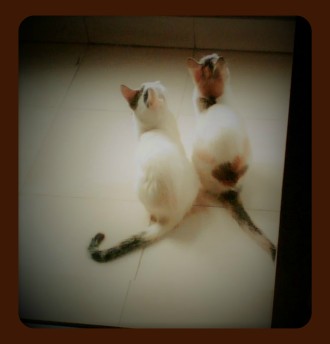 We were never pet people. Ours was a family compassionate to animals when the situation dictated but never imagined that one day we would have a set among our ranks. However, in the spring of 2009, three little surprise visitors forever changed the scheme of our household as they crept into our hearts and buried their claws deep.

It all started in the month of May when a giant ginger tom kept sneaking into our guest room. Mom had been insisting there was a cat living under the guest bed but, having searched the premises and finding no four-legged critter, we dismissed it as a random incident. But the cat sightings continued and with increasing frequency.  END_OF_DOCUMENT_TOKEN_TO_BE_REPLACED