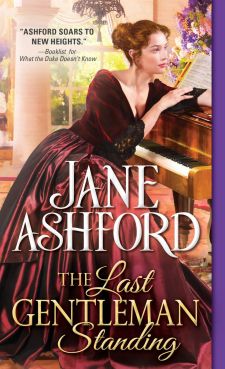 Synopsis: Ever since her father’s death, Elisabeth Elham has fended for herself by teaching at a finishing school for girls. So when her curmudgeon reclusive elder uncle – a man who cut off both his brother and sister for choosing spouses he did not approve of – dies and leaves her all his possessions as a joke to instigate further family estrangement, Elisabeth chose not to fall for it. Instead, she collects her aunt’s orphaned children, who are almost of age and should have received their share in the will, and brings them to live with her in her new London home. At the advice of her solicitor, she also invites a very eccentric matronly cousin from her mother’s side to act as her chaperone. Soon she finds herself in a flurry of activities that include refurbishing the London house, arranging a complete makeover for the country estate which was left to decay for two decades, bringing up her wardrobe up-to-date, launching one beautiful cousin into society while schooling the other overexcited cousin and his even more unmanageable dog into proper decorum, and, of course, navigating the height of season among the ton. The responsibilities of a newly-minted heiress are many and not the least critical is fending of fortune hunters. Elisabeth’s artless and unassuming air and easy sense of humor endear her to many of London’s eligible bachelors, including a most-sought-after heir to a viscount, a self-proclaimed and jovial fortune hunter, and a Byronic hero with a checkered past from the West Indies, all the while she herself collects a bevy of unconventional friends to occupy her time. Though Elisabeth enjoys her trials and pleasures alike with humor, misfortunes still threaten to set her stoic constitution into decline. Especially, at the risk of losing the regards of the one man she could indeed fall in love with.

Experience: I have been reading romance novels for nearly twenty years now but ventured into historical romances only as recently as 2013. The reason for my general aversion to historical romances was, I’m ashamed to admit, something very superficial – the models on the cover in their usual state of undress. My ultra-conservative mother would have a conniption if she saw me reading them (the fact that some of the stories I have written emanate moderate amounts of steam is not yet known to her). So it was only when I started reading off of tabs that I dared procure my first copy of Regency romance [not including classic literature, of course]. There. I have now revealed the most hypocritical secret of my reading and writing career. String me up if you will, fellow romance readers, I probably deserve it.

You are probably wondering why I have chosen to reveal this about me in this particular post. What does my proclivity to hide the cover arts of some of my favorite novels have to do with Last Gentleman Standing? Well, it’s the fact that those steamy cover arts do deliver what they promise; most historical romances have no trouble fogging up my spectacles every few chapters. The prude in me that my mother managed to instill usually just peruses through them unless they are written exceptionally well or, even better, exceptionally ill [really, some of them are sheer comedy]. So when Last Gentleman Standing did not feature a single such specs-steamer and I discovered that quite a few reviewers condemned the story for it, I decided this book needed my defending.

I should clarify that the fact I found the lack of sex scenes in this book perfectly in-form has nothing to do with my natural diffidence [I already confessed to writing some myself]. Rather that I feel Ashford remained true to a Janeite scheme of romancing. Austen’s heroes and heroines always demonstrated a rather restrained form of courtship. It did not mean that their emotions lacked intensity but only that because they felt it so deeply and consistently, they did not need to prattle on about it to attest its existence. To have discovered the same characteristics present in Elizabeth and her wooers was a rather refreshing promenade down the “original order”. After all, to me, the primary reason for reading Regency romances is the fact Miss Austen is no longer alive and printing new materials.

Moreover, I did not think the main hero was “tame”, as one reviewer put it, but respectful to the heroine’s wishes. I thought he was consistent of character. He fell in love with Elisabeth because she was independent of mind and spirit and very unlike other simpering toadying females of his acquaintance. So if he gave her space, it was because he did not want those very attractive qualities of her to diminish. While he did have one or two spurts of admonishment to issue her way when he felt she took unnecessary risks with her person, he soon reconciled that he had no authority to do so either because she was, after all, an independent woman – perhaps more independent than most women of her time since she was an heiress without a guardian. He was perfectly aware of all her strengths, both intrinsic and extrinsic, and acted with the caution the situation demanded. I thought his wisdom and ability to not be guided by ego rather sexy in itself. He did not need to demonstrate his sexual awareness of her to make me enjoy a secret smile or two or feel the temperature kick up.

The Elisabeth of this story, too, shared a very telling trait with my favorite Elizabeth in literary history. Early in the story, the narrator shared how the heroine had inherited her father’s good humor and ability to take life’s hurdles with a pinch of salt. And throughout the novel, we see just that – Elisabeth brushing off any jittery sensation or blinking away any prickling of the lashes. When her father died, instead of seeking assistance from the family Scrooge, she chose to find employment to sustain her livelihood – it was the quality that made her stand apart in her uncle’s eyes and procured her the inheritance. The same self-sufficiency with a side order of humility that allows her to graciously accept assistance once actually offered is what helps her survive through all the ordeals in the novel. Very admirable quality to have in a heroine.

If the heroine and her hero are not convincing enough that the book is worth the read, there are still a host of very entertaining and very eccentric characters to motivate. Even better, I liked how varied these characters were in their appearances. For example, not all the men who managed to steal the belle of the ball were tall, dark, and dashing, which is like stepping away from one of the cardinal rules of historical romance writing. Also, not all fortune hunters were without a heart. I liked one particular fortune hunter extremely who had a bit of dash in him but moreover was burdened by a penniless title that his mother tried to rectify by being the ultimate Mrs. Bennet, and he felt his shortcomings acutely. My heart went out to his sense of vulnerability that he hid so well behind a jovial demeanor and I dearly hope that Ashford will provide him with a good romantic ending one day. [I think that last bit could be a spoiler… oops! Well, at least there are plenty of other competition for Elisabeth’s hand to keep readers guessing]

Coincidentally, the book was apparently originally titled Bluestocking. And, indeed, when I searched online, Ashford had published a novel by such a name in 1980 with the blurb indicating a very similar plotline and same name heroine. I would love to get my hands on that book and see if it varies in any way because how else does the same book continue to exist simultaneously with two names [I can imagine customers clamoring for their money back]? In any case, the new name is so much more suitable to the plot because indeed it was about a crowd of romantic contestants vying for Elisabeth’s affection as well as hand and fortune and only the most faithful gentleman gets ahead. Moreover, by definition and historical account, to be a bluestocking, a woman would have to demonstrate a certain desire for intellectual pursuit. While Elisabeth was quite intelligent and levelheaded, and even once a teacher, she does not demonstrate particular craving to build her knowledge. She enjoys reading when the opportunity presents her with a good book and circumstances had compelled her to acquire the level of education necessary to survive. This provided her with cognitive independence but it was all very contingent of her various stations in life. No, no, Last Gentleman Standing is a vast improvement to the title.

Recommendation: Though I branched out a bit on my book review for this post, what I’m trying to say is, romance readers, do not write this book off just because it does not offer the usual display of amour. But rather embrace it for the practicality with which it upholds the Puritan nature of a society once lived.