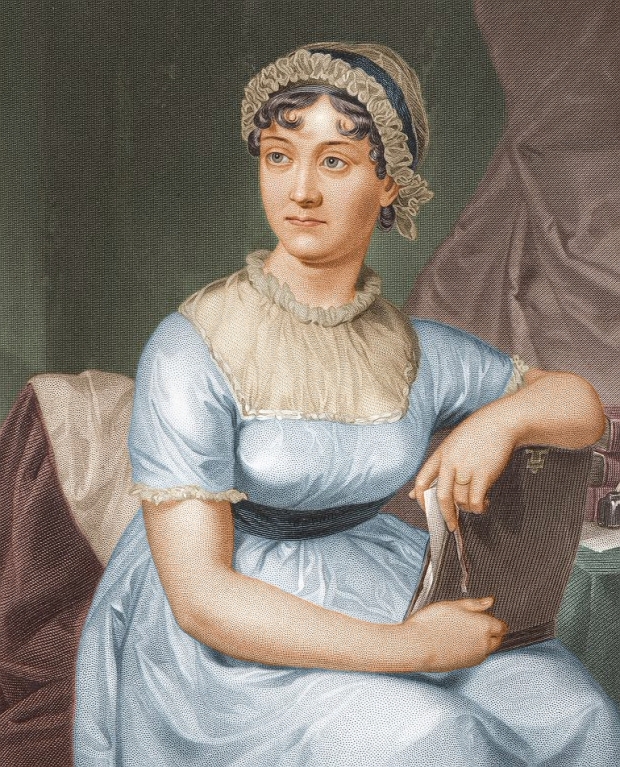 I have a confession: I never read Jane Eyre cover-to-cover; I skimmed all the way through. You know, the type of reading where you graze your eyes over the long passages and just get to the dialogues and actions to get the drift? Your heart is not in it and you’re reading it only to add a notch on your bookshelves? It is the only book I have ever read completely, not because of my love for the words but because I had an agenda to finish it, where, even after finishing it, I could not like it. Why have I been so acrimonious towards Jane Eyre? Because of the author. 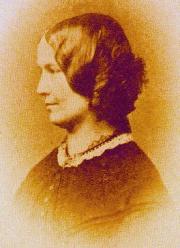 I hate Charlotte Brontë – as a person (as an author, I am not in the liberty to comment because I didn’t read her novel properly). How can I hate a person who lived over one-and-quarter century prior to my birth? It wasn’t terribly difficult. In fact, it was quite instantaneous. Because of what she said about Jane Austen:

“Why do you like Jane Austen so very much? I am puzzled on that point. … I had not seen Pride and Prejudice till I read that sentence of yours, and then I got the book. And what did I find? An accurate daguerreotyped portrait of a commonplace face; a carefully fenced, highly cultivated garden, with neat borders and delicate flowers; but no glance of a bright vivid physiognomy, no open country, no fresh air, no blue hill, no bonny beck. I should hardly like to live with her ladies and gentlemen, in their elegant but confined houses. These observations will probably irritate you, but I shall run the risk.”

~ Charlotte Brontë to literary critique G.H. Lewis, 1848, in response to his comparison of Jane Eyre to Pride and Prejudice

Lewis actually admired Jane Eyre in his review. He only added that Pride and Prejudice was better. And if you really look at the historic evidence of Austen’s readership in comparison to Brontë’s (in quantity as well as quality), you can see that he was on the money. However, Brontë obviously did not respond to criticism very well. And I did not respond very well to her criticism of Austen. If reading/writing is my religion, Jane Austen is my goddess!

The copy of Pride and Prejudice I own is the one I picked up at my secondary school library’s Condemned section. It was so old that the cover had fallen off. But I felt compelled to salvage it. Something told me I needed to read this novel. It wasn’t the first time I attempted to read the novel, though. As a preteen, I had picked up Pride and Prejudice twice from the British Council but had returned them both times without reading because of the language difficulties. I kept going back because of having liked the story when I watched it as a child on Wishbone, the 90’s TV series broadcasted on PBS Kids.

When I actually sat down to read Pride and Prejudice, however, it was not without difficulty. I was still only learning to navigate the rites of passage in classic literature at the time, having finally started to elevate myself from Fear Street and Sweet Valley High and the likes by studying books like A Car Named Desire and Uncle Tom’s Cabin in school. It took me considerable application to understand all that Austen was saying – and no longer only because I was trying to decipher the language of her time. Austen’s plots are roundabout and it took me a while to understand what the point of it all was. When I did, I loved it. I loved how distinct and consistent her characters were, I loved her tongue-in-cheek observation of society, I loved that she did not hold back in pointing out the error of people’s ways but did so without condemnation. It was a masterpiece, I felt, and it convinced me to read more of her novels as well as other classics.

Once I had completed reading the novel, I went back to the front of the book to read the Introduction by Tony Tanner. It starts with the above comment by Brontë. My immediate reaction was, Oh Hell No! No, she din’t! This reaction, although amateur, could not be helped. Brontë reeked of jealousy and was so, just so negative. There is no room for an objective review of what Brontë said because I could sense that she was not being objective. Oh, I set out immediately to read Jane Eyre, but I was already destined to be biased against it. Little did I know my sense of her personality would remain with me steadfast, keeping me from measuring her talent without drawing on that first impression, or that one day I would have further evidence against her natural characteristics while coming across other literature about her life. 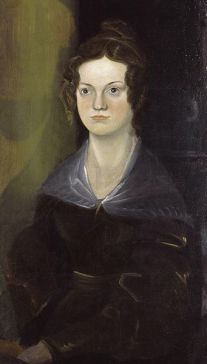 For example, it is said that one of the reasons why Anne Brontë’s work The Tenant of Wildfell Hall, for a time, suffered obscurity is that Charlotte had prevented the book to be republished after Anne’s death. Charlotte did this despite the fact that Anne’s book had been successful enough to outsell Emily Brontë’s Wuthering Heights! Charlotte’s justification of her action is preserved in her censure, it “hardly seems to me desirable to preserve … the choice of subject in that work is a mistake,” which she had made to Anne’s publishers in 1850 upon Anne passing away.

Anne was the youngest of her sisters! Anne did very well for herself if her book sales record had anything to say about it. But Anne died a year after she published the novel and Charlotte took advantage of that to downplay her sister’s success. Here is further proof that Charlotte Brontë was a jealous, conniving, pretentious, hubristic human being. And this image on the left that her brother once drew perfectly depicts that cold calculation of her ways. I’m sorry. I know there are lots of Charlotte Brontë fans out there who will read this and tell me to get a grip but I really don’t think I’m imagining it out of only a defense for Austen. Austen, by the way, was loved by her family members because she treated them so well.

I wonder now how Austen would have reacted to Brontë’s censure of her work. She’d probably laugh like Elizabeth Bennet (Pride and Prejudice) and then reflect like Anne Elliot (Persuasion) and forgive like Elinor Dashwood (Sense and Sensibility), her mind coming to a conclusion that dripped with empathy. She would write about her thoughts in a letter to her siblings and laugh some more, but not vindictively, while her sister Cassandra felt indignant on her behalf and her brother James called Brontë’s comments absurd and her nephew Edward told her to write a book on it. Her worst retaliation would be to write another novel where the heroine acts out of jealousy but eventually realizes the error of her ways and she would make sure to redeem Brontë in that novel. 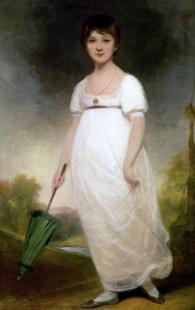 I cannot be so generous. I would want Austen’s novel on Brontë to be Brontëfied, where Brontë goes looking for trouble like Catherine Morland (Northanger Abbey) but instead of meeting her hero right away has to go through a whole lot of Gothic horror, with genuine and not imagined causes for alarm, before she is rescued, if ever, while Fanny Price (Mansfield Park) watched on the sideline and chewed her nails to stubs. In fact, why don’t we invite the Lady Susans and The Watsons of the world to the gallery as well? Box seats. When Brontë ever does meet her hero, I’d make sure Emma Woodhouse (Emma) gets there first and at least sets her on a merry-go-round first. And at least at some point Austen, like in the portrait on the right, pokes Brontë with her umbrella. Only then will I be satisfied. And my indignation now runs thick as much for Anne Brontë as for Jane Austen.

Oh, and in response to Charlotte Brontë’s comment to Lewis, I have to say:

I don’t know why you dislike Austen’s work so much and I wonder if you even truly have the sensibility to understand the nuances she depicted of society. Perhaps you lived in a world far more confined, amid the wilderness of your family home, than the “ladies and gentlemen” of Pride and Prejudice to really hone the shrewd observation skills that you so censure Austen for. I, too, did not know about your famous book until I read your comment on Austen’s authorship. I’ll admit, which is more than what you’re capable of, I did not do justice when I read Jane Eyre. But I think I’ll risk another go, this time forgetting that you are the Brontë sister who wrote it!

This entry was posted on February 10, 2017, 1:22 am and is filed under The Unclassified Section. You can follow any responses to this entry through RSS 2.0. You can leave a response, or trackback from your own site.